HAN Cup presented by The ROW

Check back for 2021 information.

Thank you for your interest in the Hot August Nights Cup presented by The ROW. At this time, due to the complexity of this Show-n-Shine, it has been mutually agreed upon by all parties to cancel this Show-n-Shine for the 2020 event year.
Don’t despair, there are still multiple Show-n-Shines that will be happening throughout Reno/Sparks during the event with over $65,000 up for grabs in cash and prizes.
We thank you for your understanding and wish you much luck in the other competitions. For a full list of our Show-n-Shines, click here.

Only an elite 40 will be able to enter and compete for this prestigious award.

The application is all inclusive, no need to fill out a separate car registration.
2019 HAN Cup Application 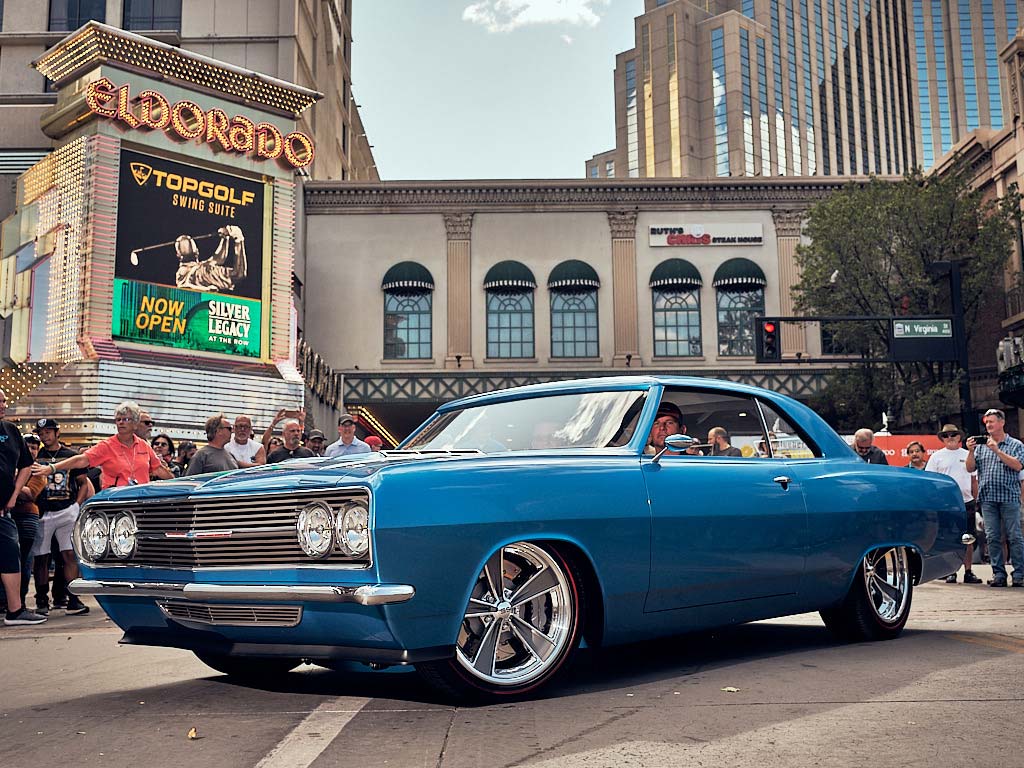 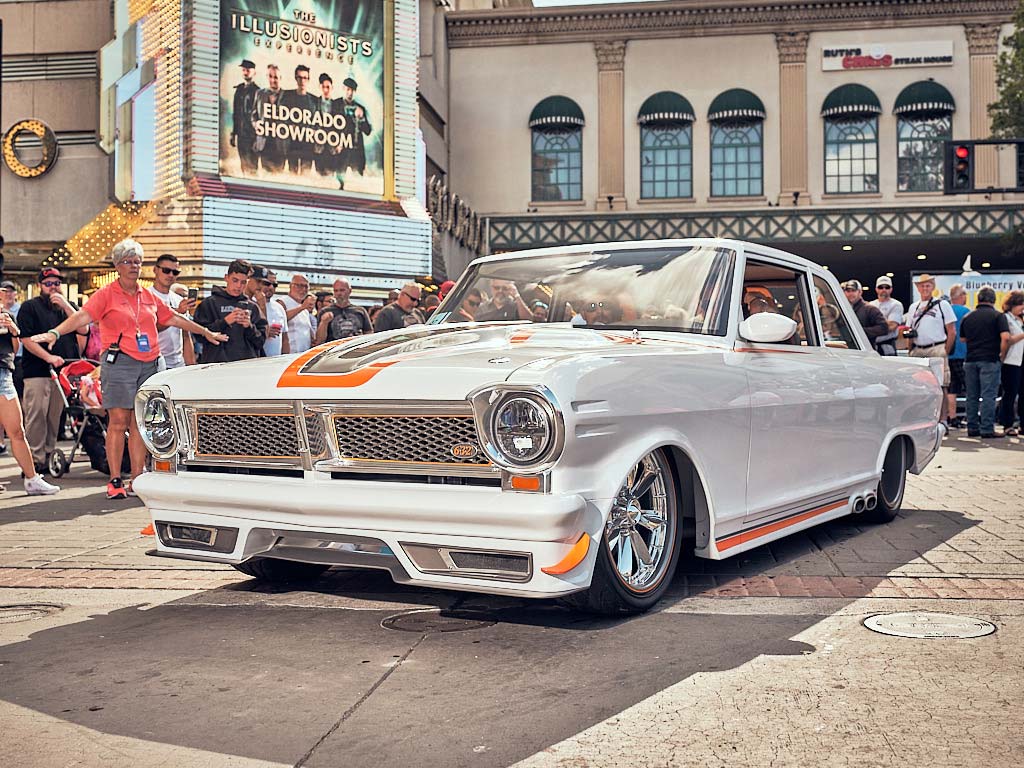 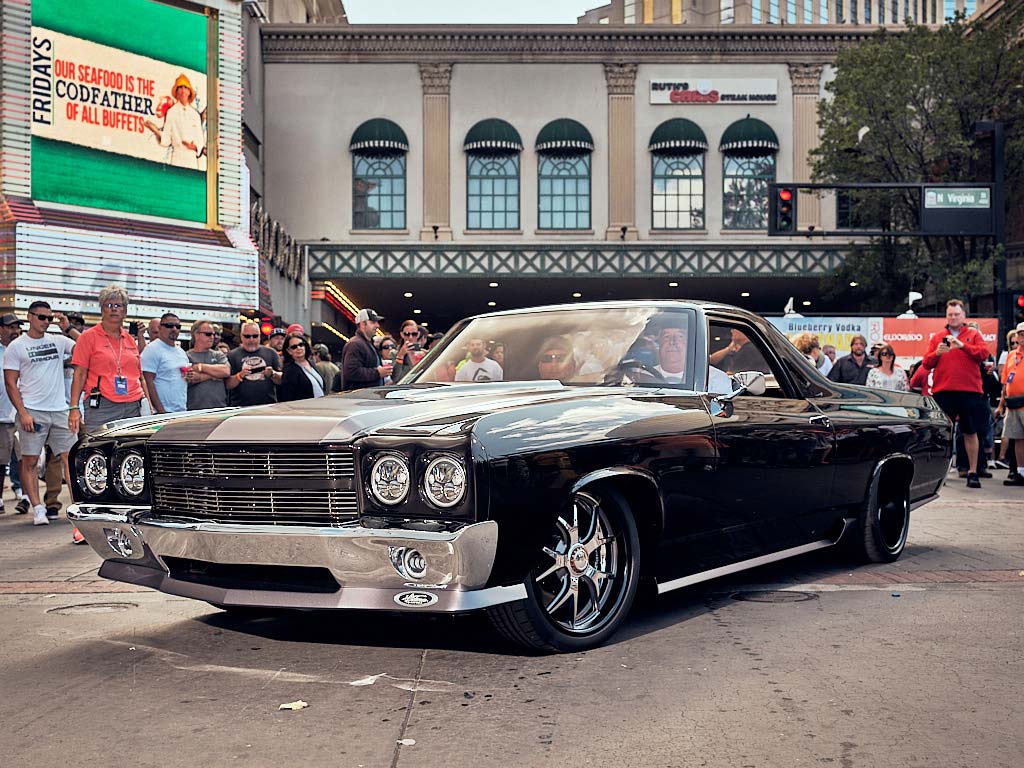 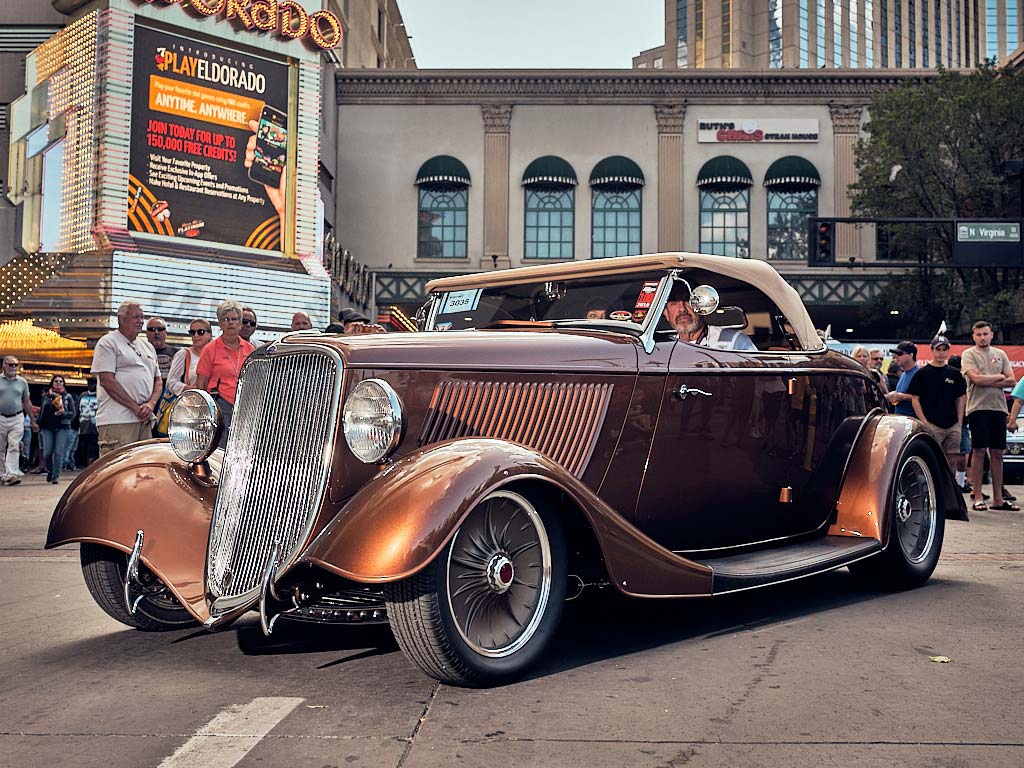 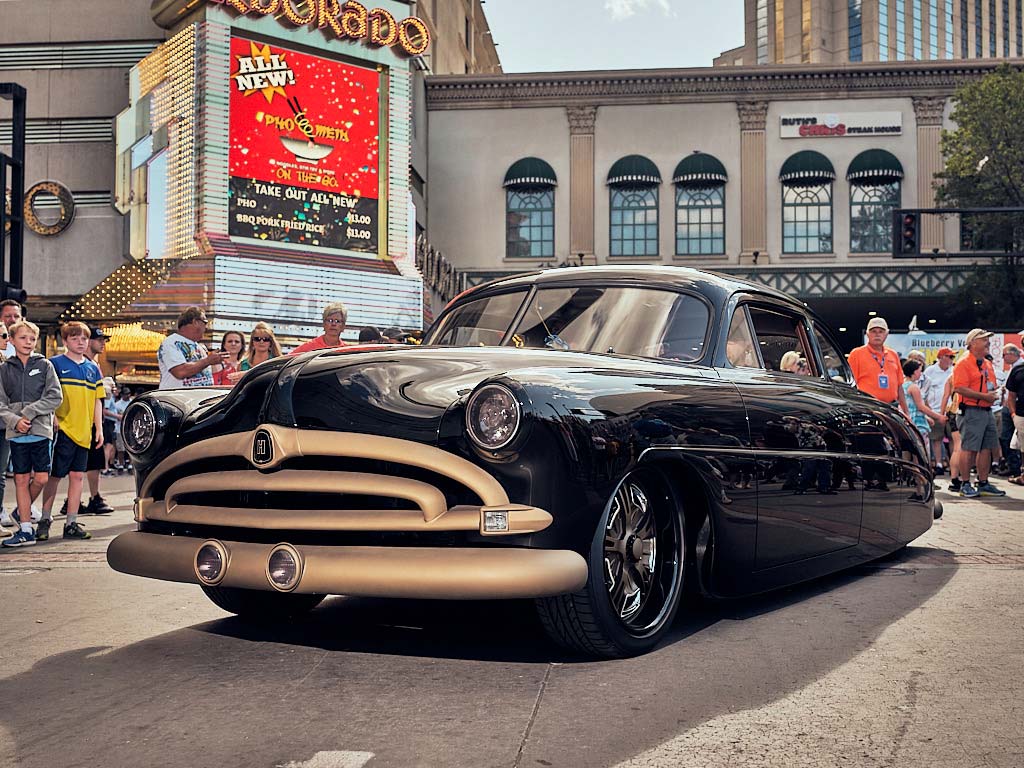 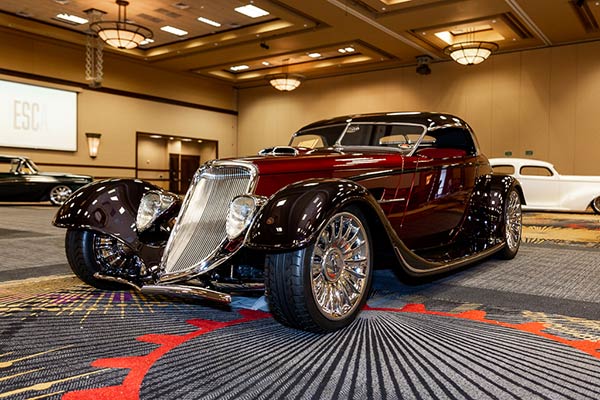 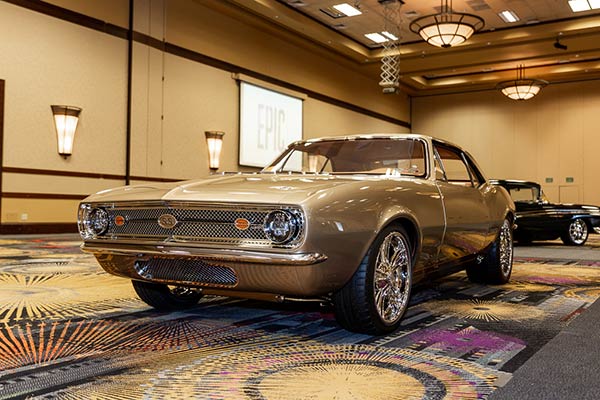 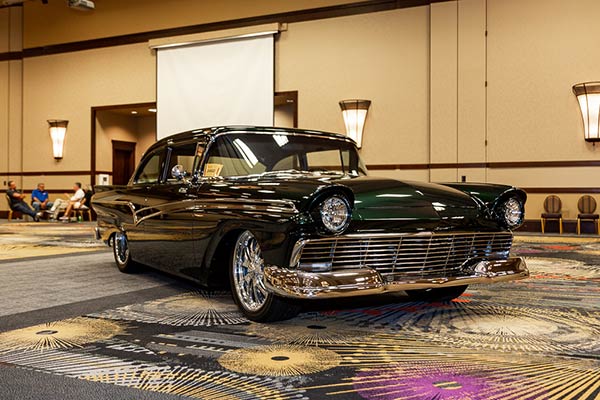 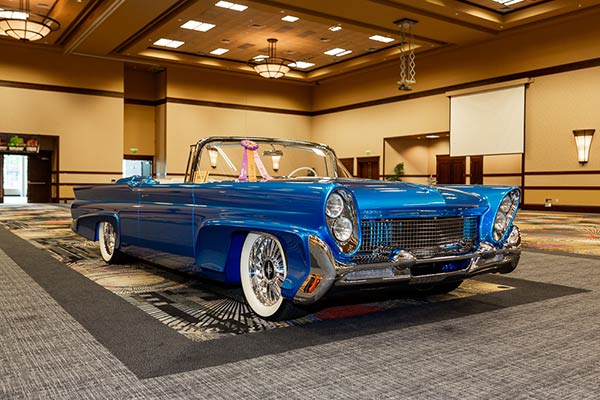 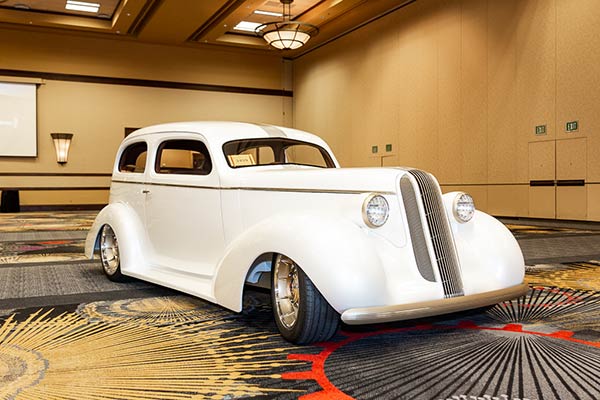 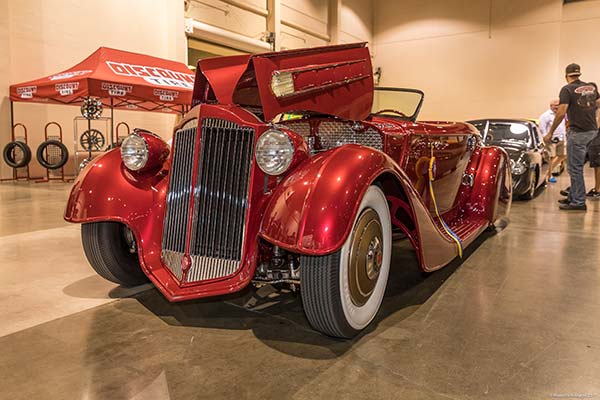 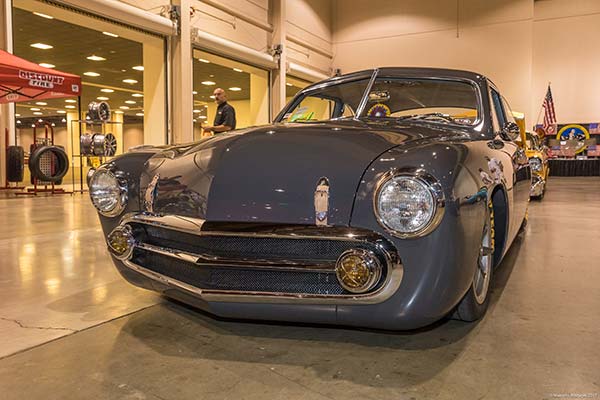 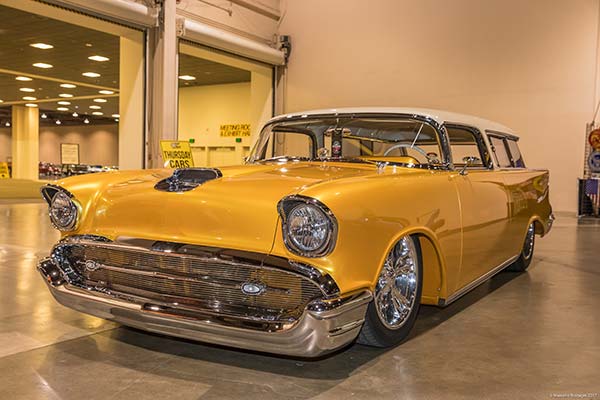 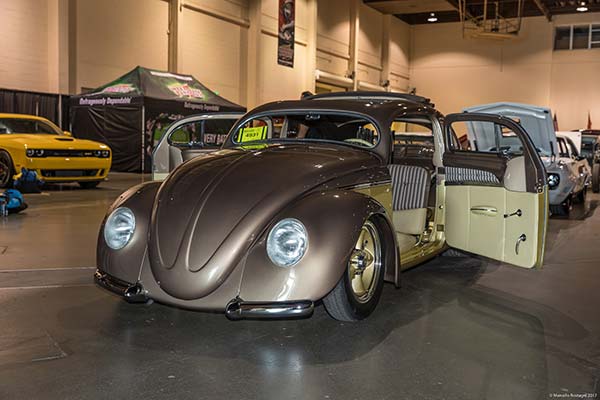 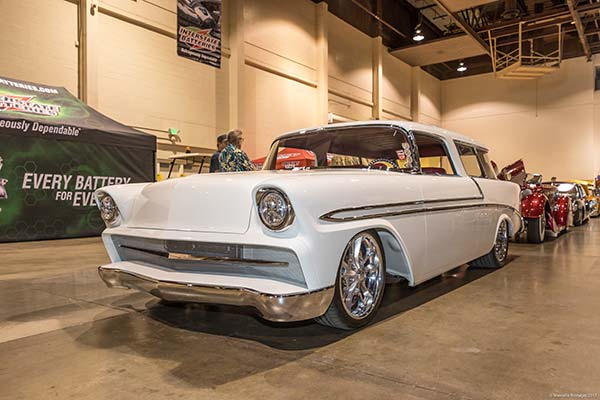 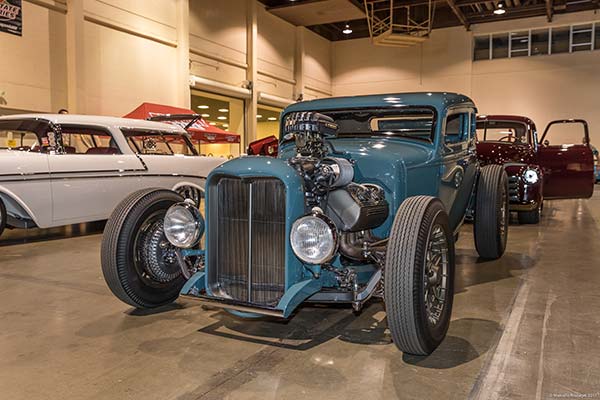 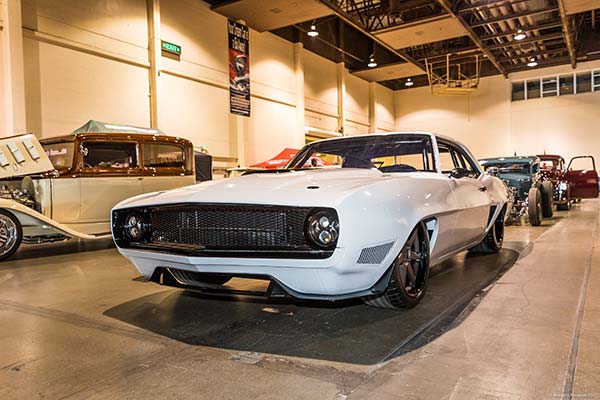 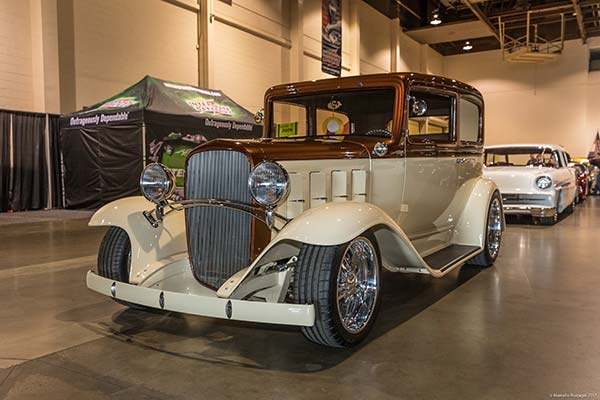 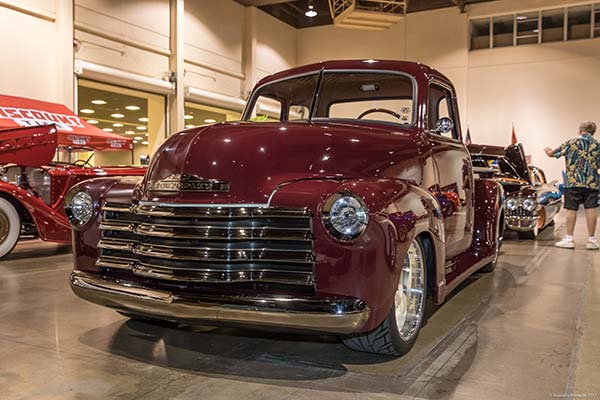 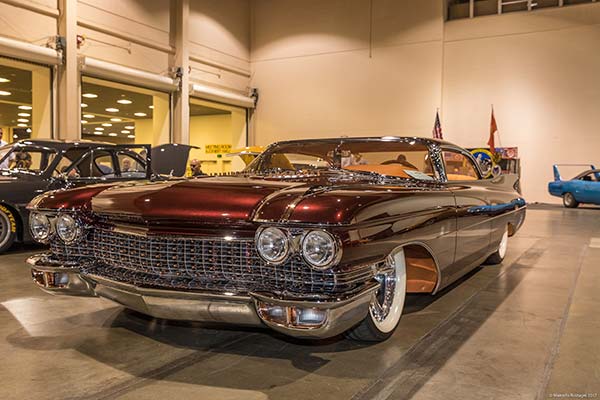 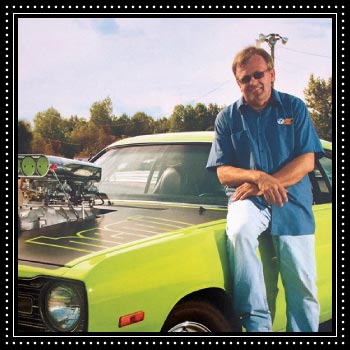 Steve has been working on cars since he was 15/16 years of age inheriting his love of car building from his father. Steve had the honor to be involved in building, transporting, showing, etc. ALL the GREAT TV cars such as General Lee, Knight Rider, A-Team & others. Then in 1989, what Steve called his “dream job” came along. He was asked to be one of the builders on the team for Hollywood Productions for the “Batman” & “Batman Returns” movie cars.  Steve has recently joined as co-host of a TV show on SpikeTV called Musclecar, owned by RTM Productions, the Power-block home to many Great Automotive shows.  Along with Musclecar, Steve was a builder on, “Search & Restore” TV show with Tim Strange. Steve has judged I.S.C.A., Super Chevy shows along with many others up until the early 2000’s and continues to judge several shows nationwide for many different associations today. He looks forward to judging the Hot August Nights Cup presented by Downtown Reno this August. 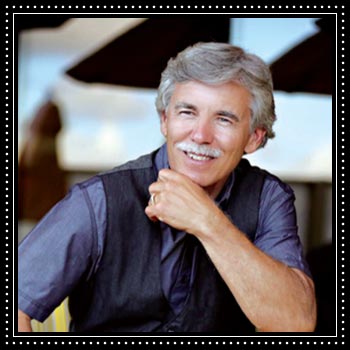 Reggie has owned and built over 150 vehicles over the years to include Street Rods, Trucks, Corvettes, Chevelles, Novas and VWs. Being a tradesman in his early days, Reggie was trained in welding, woodworking and millwright work which gave him the skills to fabricate and use almost any type of equipment and materials on the cars he built.  In the early 1970’s he built and showed a Tubular Sand Buggy with his wife Margret, named “Good Vibrations” winning 89 Best of Shows in 15 years before retiring the vehicle. Reggie has stayed heavily involved in building classic and custom cars, and has judged or managed over 33 automotive events each year for over 30 years all over the Nation. He is the co-owner of a nationally recognized event, thesupernationals.com in Albuquerque New Mexico celebrating its 25th Anniversary.  He has officiated for Super Chevy Magazine, the International Show Car Association (ISCA) and the National Rod & Custom Association (NRCA) as well as many independent promoters, adding Hot August Nights to his resume this year. 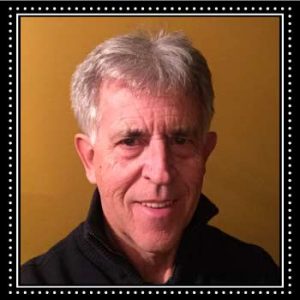 Ray Jump has been building Hot Rods his entire life. With an engineering background, this came easy to him. Owning his own engine and machine performance shop has given him the access to do this. Ray started his career at General Mills and worked there for many years. When it shut down, he decided to start judging car shows since cars were the next closest thing to him. He gained experience by judging many different shows when he started. Now, a professional judge for 25 years, Ray has judged over 16 different car show venues including Super Chevy Shows, Street Machine Nationals, International Show Car Association and the Ridler Award. He found what he loved and wanted to do it for the rest of his life. You can find Ray supervising other car shows and still judging the ones he is called upon for. Ray will be judging the Hot August Nights Cup for the first time this year and he is excited to gain a new experience. 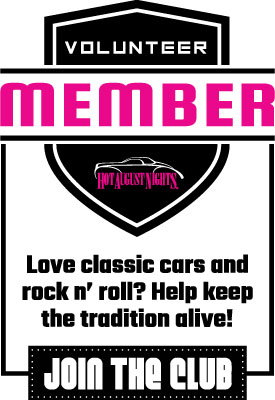