This year’s Hot August Nights’ lineup on the outdoor stage at the Grand Sierra Resort venue is presented by Lucas Oil. The lineup kicks off Aug. 2 with Kraig Parker as Elvis, an award-winning tribute who has been bringing a world-class Elvis Presley show to audiences for more than 20 years. Parker’s powerful voice, electric moves and tasteful charisma will leave attendees ‘all shook up’ and screaming for more.

Wednesday, Aug. 3 features Blood, Sweat & Tears. At one point considered one of the biggest rock bands in America with hits including “You’ve Made Me So Very Happy” and “Spinning Wheel,” winning a Grammy for Album of the Year, this group is sure to be a hit.

Thursday, Aug. 4 brings Blue Oyster Cult, a group with a huge following and forever on tour. Now in their fifth decade, they’ll be sure to get attendees dancing and moving to the music with their popular hits “(Don’t Fear) The Reaper” and “Burnin’ For You.”

Starship featuring Mickey Thomas headlines the stage Friday, Aug. 5, with songs everyone can sing along to like “We Built This City”, “Sara”, and “Nothing’s Gonna Stop Us Now.”

Rounding out the weekend is KC and the Sunshine Band performing Saturday, Aug. 6. Still as widely popular today as they were when they first danced into the music scene 40 years ago, KC and the Sunshine Band has quite the impressive list of hits, along with over 100 million records sold, nine Grammy nominations, three Grammy Awards and an American Music Award.

“Such a big part of this event is the music,” Alan Tom, executive director of Hot August Night, said. “You can’t have classic cars without the nostalgic music that went along with them. It completes the experience and we’re so proud to bring A-list entertainers to our fans for free”

Hot August Nights, a nonprofit organization, started as a way to drive tourism to the area during August while raising money for local charities. Now, it’s considered an iconic special event for attendees and participants to relive and celebrate the nostalgic times of the 50s, 60s and 70s.

The full schedule is available online at HotAugustNights.net.

Hot August Nights, a nonprofit organization, is the world’s premier classic car event, annually drawing hundreds of thousands of spectators and participants to northern Nevada to revel in nostalgia, enjoy top entertainers from the ‘50s, ‘60s and ‘70s and participate in a variety of events including Show-n-Shines, controlled cruises, an auction, drag races, and more. 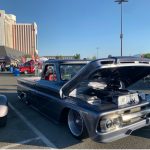 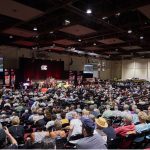