Invitations to participate in this year’s Hot August Nights (HAN) main event, from Aug. 8-13, 2017, have been expanded to four-wheeled accommodations. Hot August Nights’ inaugural Vintage Trailer Revival shows off the many creative forms campers and trailers took when made in or before 1976.

Vintage trailers will add another layer of nostalgia and competition to HAN’s 31st anniversary this year. Fans can peruse between the hours of 8 a.m. and 9 p.m. an array of classic recreational vehicles at Washoe County’s Rancho San Rafael Regional Park, where trailer owners will camp from Tuesday, Aug. 8 through Sunday, Aug. 13.

Owners are invited to flaunt their trailers in the open cruise in Sparks on Tuesday, Aug. 8, and the grand finale parade on Sunday, Aug. 13 in downtown Reno. Trailers can also take part in a Show-n-Shine with judging being conducted by an expert panel. Ribbons will be presented to the top three trailers on Friday, Aug. 11.

“There are some really interesting and exceptional vintage trailers out there, and we thought it was time to celebrate those classics too,” stated Executive Director of Hot August Nights, Mike Whan. “Plus, it adds another great element for our participants to enjoy as Hot August Nights heads into its fourth decade.”

The rolling living spaces and their non-classic tow vehicle can register to be part of HAN and receive credentials for all HAN venues for $250. Registration for a trailer and classic car combo is $300. Application deadline is July 1, 2017. Dry camping only is permitted in Washoe County’s Rancho San Rafael Regional Park, and park rules apply. Additional junior and adult event passes are available for $75 and $100, respectively. 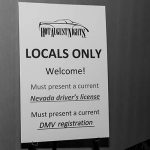 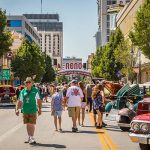